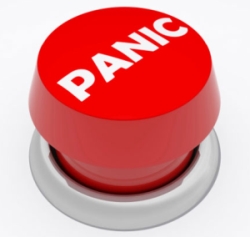 In 2009 a friend of mine was involved in the L’Aquila earthquake, and he told me that he had just the time to bring a backpack and to run outside before the fall of the building. Once outside he noticed that most cars parking down the streets in the urban area had been damaged or destroyed by the fall of roofs and balconies. Moreover in a recent mid-scale/low intensity event in my area (a hevy snowfall) communications among valleys were made very difficult by the lack of interconnection between repeaters and generalized black-out. 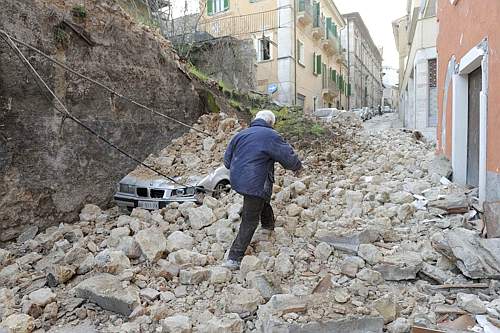 In general, in the case of mid scale intense events such as a powerful hurricane or an asteroid impact like it happened in the Tunguska occurrence, most ham stations in the area under calamity would be destroyed – especially large base HF antennas will be – and neutralized because of the consequent black-out and one should rely on light equipment that escaped the disaster and not on fixed stations that would be damaged or without electrical power, and the portable dual-band transceiver we have in our pocket would be all what we have.
Hence, I believe that it is rational to adopt a max-minimum approach and to get ready for conditions like these, when amateur stations in the disaster area have been striven by the events, can not rely on their full equipment, most mobile stations are damaged, and only portable devices can be used by most local operators.
Despite of my scarce attraction for VHF, UHF and repeaters, I believe that it is important to earn awareness and skills in portable local operations, to know the coverage area of local repeaters in one’s territory, and to develop one’s ability in successfully communicating through low power small transceivers in borderline conditions and with marginal signals, which is what I am currently doing.
Therefore, for being at least barely prepared to provide support for hypothetical events in my area, I am exploring what can be done by the use of low cost and low power dual-band transceivers like the Baofeng UV-3R and 5R.
Under the more optimistic assumption that in case of disaster I would succeed in saving an HF transceiver and my car would be immune from the event, I plan to learn Near Vertical Incidence Skywave (NVIS) QSO among valleys from mobile station for the future.