In one of his articles, VK4GHZ described how to make an adapter between the Icom CV-I USB interface and the Yaesu FT-7800R and other transceivers adopting the same program cable. 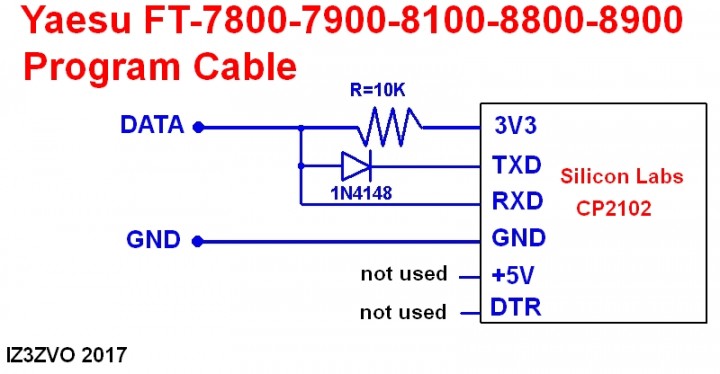 The connector to use is a 6 pin mini DIN. 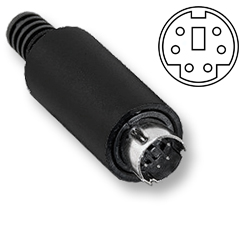 The VK4GHZ picture shows beautifully how to solder the data and the gnd lead to the mini-din plug (view from the solderings side). 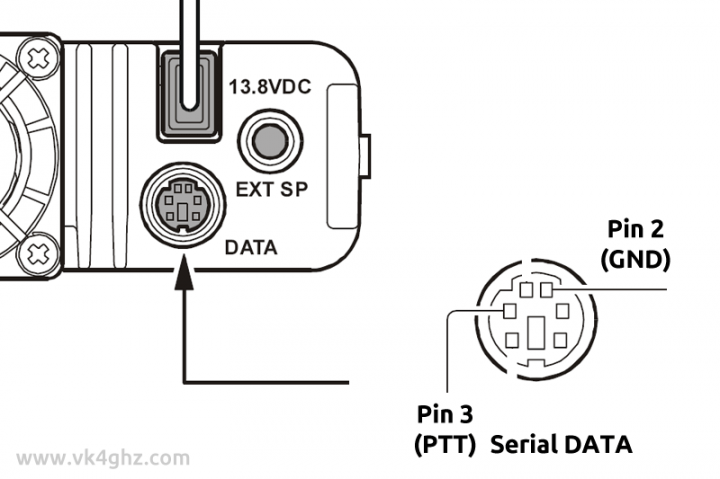 One specimen of cable built exactly as specified worked perfectly and allowed CHIRP to read from and to write to a FT-8900R without any trouble.
Another specimen built using a 22 K resistor instead of the proper 10 K one, when plugged to the radio let it transmit. Nevertheless, if the radio was off when the cable was plugged in and then it was switched on holding the key to enter in the clone mode, the undesired transmission did not happen, and the data were read and written perfectly. So, the cable works also using other resistors than 10K, but with a flaw requiring attention.

This project may be realized also using a Prolific 2303, of course running the risk of encountering drivers troubles with latest releases of Windows.

Please let me know if this cable works also with other transceivers than those mentioned above.